On Wednesday the 30th of June 2021, His Eminence Archbishop Nikitas celebrated the Divine Liturgy for the patronal feast of the Twelve Apostles Church, in Hatfield.

His Excellency, the Ambassador of the Hellenic Republic to the United Kingdom, Ioannis Raptakis, along with His Excellency Andreas Kakouris, the High Commissioner of Cyprus, were present at the Hierarchical Liturgy. In the presence of respected Archons, the parish council and the faithful of the community, they were presented and awarded with the honorary cross of the community, in appreciation of their presence and dedication to the Church.

The mayor of Welwyn Hatfield, Peter Hebdon, and the Depute Mayor Barbara Fitzimon, also honoured the community and church with their presence. The priest in charge of the community, Protopresbyter Joseph Paliouras, was granted the office of Spiritual Fatherhood by His Eminence Archbishop Nikitas.

A gracious meal was offered by the community. 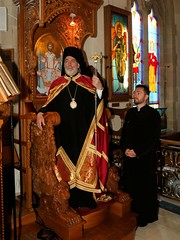 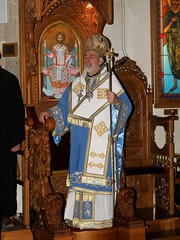 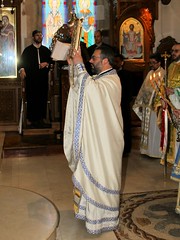 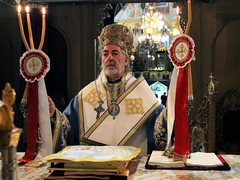 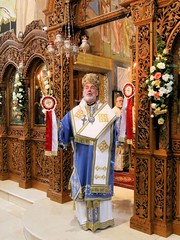 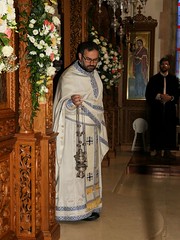 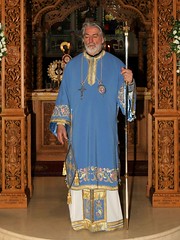 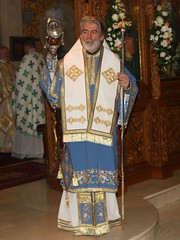 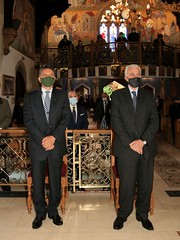 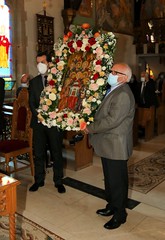 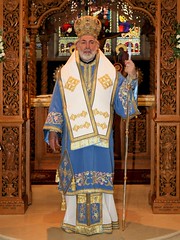 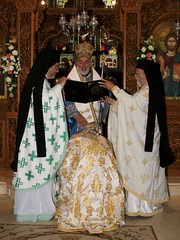 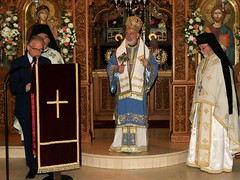 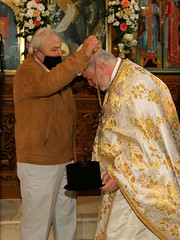 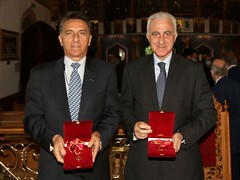 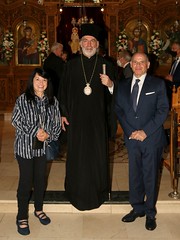