On Wednesday, September 15, 2021, a Divine Liturgy was celebrated at the Archdiocesan Chapel to honor the feast of Saint Nikitas the Great Martyr, patron saint of His Eminence Archbishop Nikitas.

As is customary, the name day celebration was also commemorated with a blessing of the five loaves and a memorial service for the Saint.

The Very Reverend Archimandrite Vissarion Kokliotis celebrated the Divine Liturgy, which was attended by His Excellency Mr. Ioannis Raptakis, Ambassador of the Hellenic Republic to the United Kingdom, as well as Archons of the Archdiocese and many faithful and clergy.

Following the service, His Eminence offered a reception, during which His Grace Bishop Iakovos of Claudiopolis addressed the Archbishop to commemorate the occasion. The Archbishop responded and expressed his gratitude to all in attendance.

Archbishop Nikitas also met with and received wishes from Lt. General Dimokritos Zervakis, who was accompanied by the Consul General of the High Commission of Cyprus, Mr. Theodore Gotsis. 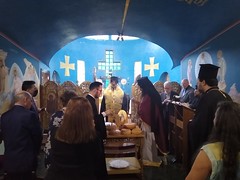 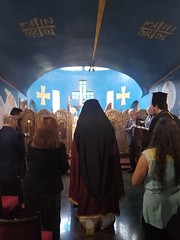 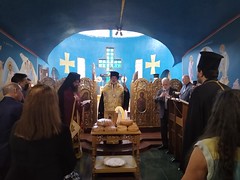 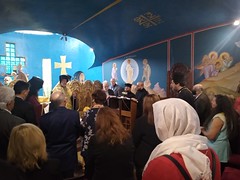 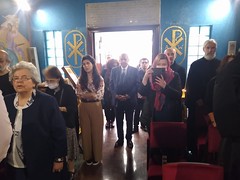 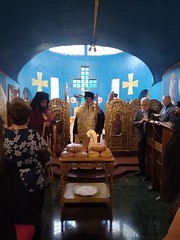 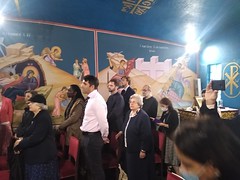 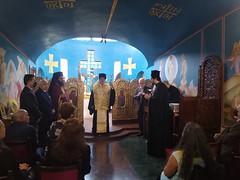