On the evening of Saturday, the 20th of March 2021, at the Archdiocesan Chapel of the Annunciation of the Theotokos in London, the election of His Grace Bishop-elect Iakovos of Claudiopolis, was joyfully proclaimed.

In the presence of His Eminence Archbishop Nikitas, as well as other clergy of the Archdiocese, His Grace Bishop-elect Iakovos of Claudiopolis led the service of ‘the Great Proclamation,’ during which He read the document of acceptance and thanksgiving, with appreciation, following the Church’s decision and calling. H.E Ioannis Raptakis, the Ambassador of the Hellenic Republic and H.E Theodoros Gkotsis, the Consul General of the Republic of Cyprus in London were present.

His Grace Bishop Iakovos (Originally Savvas Savva) of Claudiopolis was born in Larnaca, Cyprus in 1963. Following graduation from high school, he moved to Athens where he studied Theology at the National and Kapodistrian University of Athens, graduating in 1986.

Archimandrite Iakovos was the president of the Youth movement of the Greek Orthodox communities in the Midlands, from 1997 to 2000 and organised three Youth Festivals in the area between 1997 and 1999. He first served as Vice-President and subsequently, as President of the ‘St Athanasios Clergy Fellowship’ of this Biblical Eparchy of the Ecumenical Throne in the United Kingdom. In this capacity, he has organised the annual clergy conferences of the Archdiocese since 2001.

During his tenure in Great Britain, His Grace Bishop Iakovos of Claudiopolis cultivated both the theological and spiritual life of the aforementioned communities by overseeing the restoration and renovation of both the church buildings and their community centres. His contribution to the preservation of the Orthodox tradition and the revival of the Greek language and Culture in the United Kingdom is highly respected and appreciated. 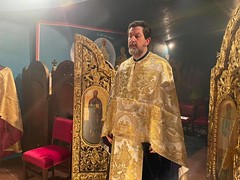 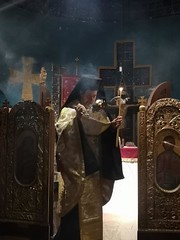 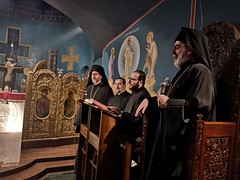 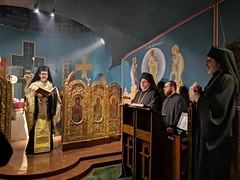 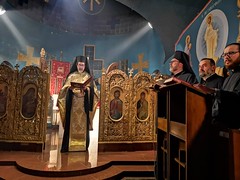 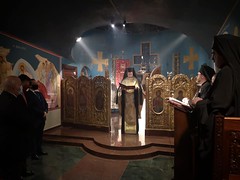 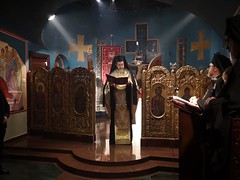 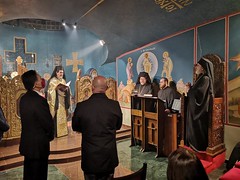 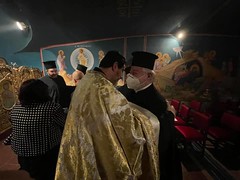 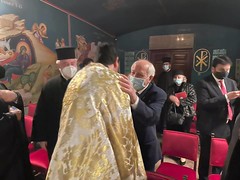