On Saturday the 26th of June 2021, following the Vespers of the Feast of All Saints at the Archdiocesan Chapel, a meeting took place for candidate clergymen of the Archdiocese, titled ‘A call to Vocation.’

His Eminence Archbishop Nikitas of Thyateira and Great Britain firstly spoke to the candidates, offering advice on how one responds to the calling to priesthood, on the requirements for ordination, and the ways one can serve the Archdiocese as a clergyman in the future.

His words of encouragement and appreciation to all in attendance was then followed by a number of questions by the candidates.

The Chancellor of the Archdiocese, Archim. Nikodemos Anagnostopoulos, the Director of His Eminence’s Private Office, Archim. Nephon Tsimalis, as well as the Vicar General Protop. Constantinos Garivaldinos, were all present at the meeting.

The talk and fruitful discussion led by His Eminence was then followed by a light meal and refreshments, provided by the Archdiocese. 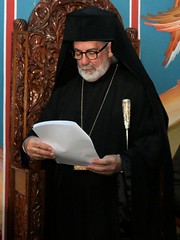 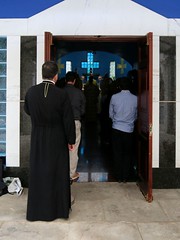 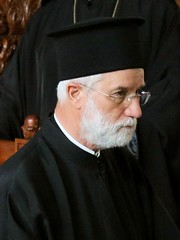 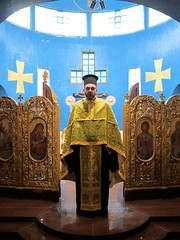