The Archdiocese announces that the new Ambassador of Greece in London, His Excellency Ioannis Raptakis, accompanied by his esteemed wife, Her Excellency Georgia Soultanopoulou, Consul General of Greece in Constantinople, made a formal social call to introduce himself and his wife upon assuming his office duties to His Eminence Nikitas Archbishop of Thyateira and Great Britain at Thyateira House on Tuesday 6 October 2020 at about 1:00 in the afternoon. His Eminence updated the new Ambassador on the actions undertaken by the Archdiocese of Thyateira since His appointment in July, last year. The Ambassador renewed the commitment of Greece to the full support and cooperation with the Archdiocese.

From the Office of the Chancellor of the Archdiocese 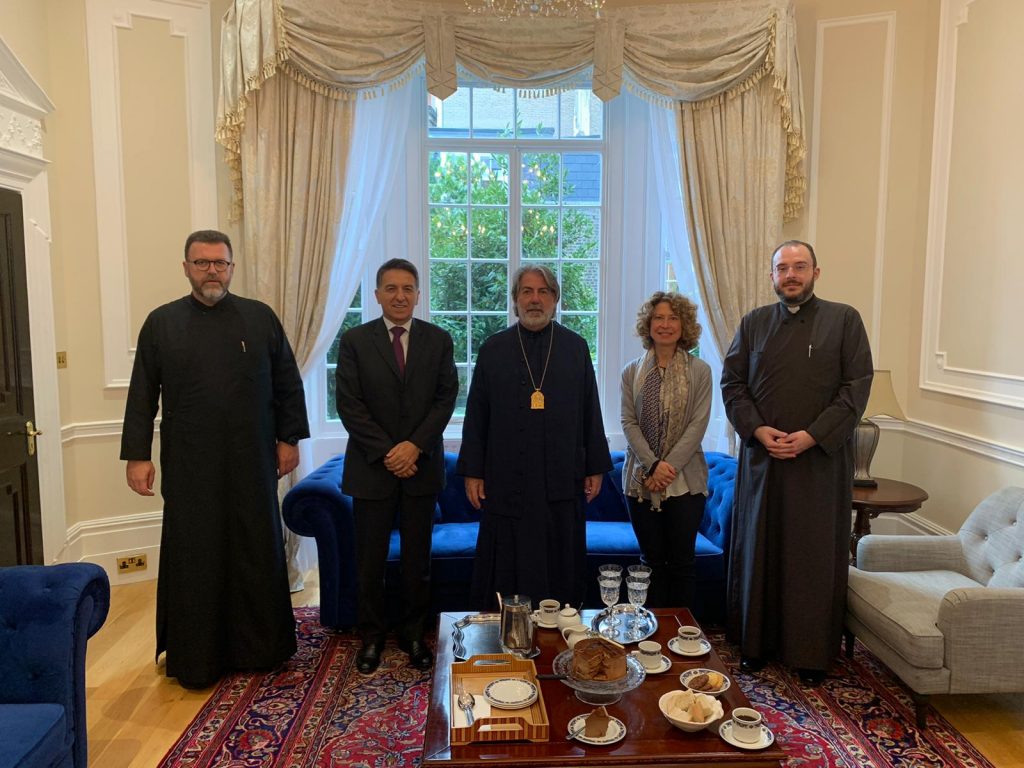