A few words of gratitude on the occasion of the first memorial of Gregorios, the late Archbishop of blessed memory.

By His Grace Athanasios, Bishop of Tropaeou

On Sunday 15th November 2020 the first memorial service of Gregorios, the late Archbishop of Thyateira and Great Britain, took place at the Greek Orthodox Cathedral of the Dormition of the Mother of God in Wood Green of North London in a spirit of modesty, humility and quietness. Indeed, a whole year has already passed since the late Archbishop heeded the call to leave the earth and set forth for his journey towards the heavenly. In this way, from being a member of the visible church, the “Church Militant”, he became a member of the invisible church, the “Church Triumphant”.

As he would often repeat, death itself is the common debt of every human. The Divine Paul refers to this as follows, “it is appointed for men to die once…” (Heb. 9, 27). In this way, Archbishop Gregorios left the stage of this world at the age of 91. His loving heart did not permit him to run away from the bosom of his God-loving flock, which he loved with all his heart and served with loyalty as a true missionary – not as a mercenary – for more than 60 years. His repose took place at the place of his pastorship, and his body was buried in this land, where he found refuge and hospitality.

He continuously fed the faithful with his vivid and elegant sermons, whether they were written or spoken. He strengthened the people in the faith. He associated with them with a fatherly simplicity and fraternal closeness and did not shy away from receiving everyone with genuine love. Perhaps not so many hierarchs performed as many divine liturgies during their pastorship as Archbishop Gregorios did. His regular visits to the communities to share in their joys, their sorrows and more generally at the various events of their lives were exemplary. He always travelled bearing gifts for all, both young and old.

Being a good shepherd, he knew most of his flock by name. On their name day they would receive salutations from him, this way proving to all to be the good shepherd that Christ refers to in the Gospel of St. John.

He was a benefactor and a protector of the poor and weak, giving alms generously and discreetly. Many a time he would even give money despite his observations that many of those who asked may not have been in genuine need. He faced the weaknesses of the laity with leniency and was condescending towards his clergymen.

In regards to the life of the community in the Archdiocese, Archbishop Gregorios saw it as his task, his offering so to speak, to foster unity, and he passed the main time of his pastoral work with amazing visions and long term goals, such as the obtaining of freehold properties: churches for the worship of God and schools for the teaching of the Greek language and culture. He carried on working until the last moment of his life without consideration for his own comfort or wellbeing.

The pastoral work of the late hierarch was a beautiful and systematic continuation of the work of both his predecessors and all their co-workers, both clergy and laity alike “For the Glory of God and the praise of His people”.

It was always his deeply held wish to be present at the Cathedral of the Dormition in North London for the feast of the Entrance of Our Lady to the Temple of God, at the church where he had worked extremely hard to restore after a fire had destroyed it, so as to sing the katavasies of Christmas “CHRIST IS BORN, GLORIFY HIM!”.

The late Archbishop Gregorios loved, respected and had a special place in his heart for the Ecumenical Patriarchate, our Mother Church, which he defended and promoted steadfastly at every opportunity.

I believe that the recollections expressed by many from our congregations consist of the best and undoubtedly truthful credentials for the person of the late Archbishop Gregorios. At present nothing more needs to be said. Let us ask for his blessing; may the Holy God reward him in accordance with his labours and accept him into his Kingdom.

MAY THE MEMORY OF ARCHBISHOP GREGORIOS BE ETERNAL! 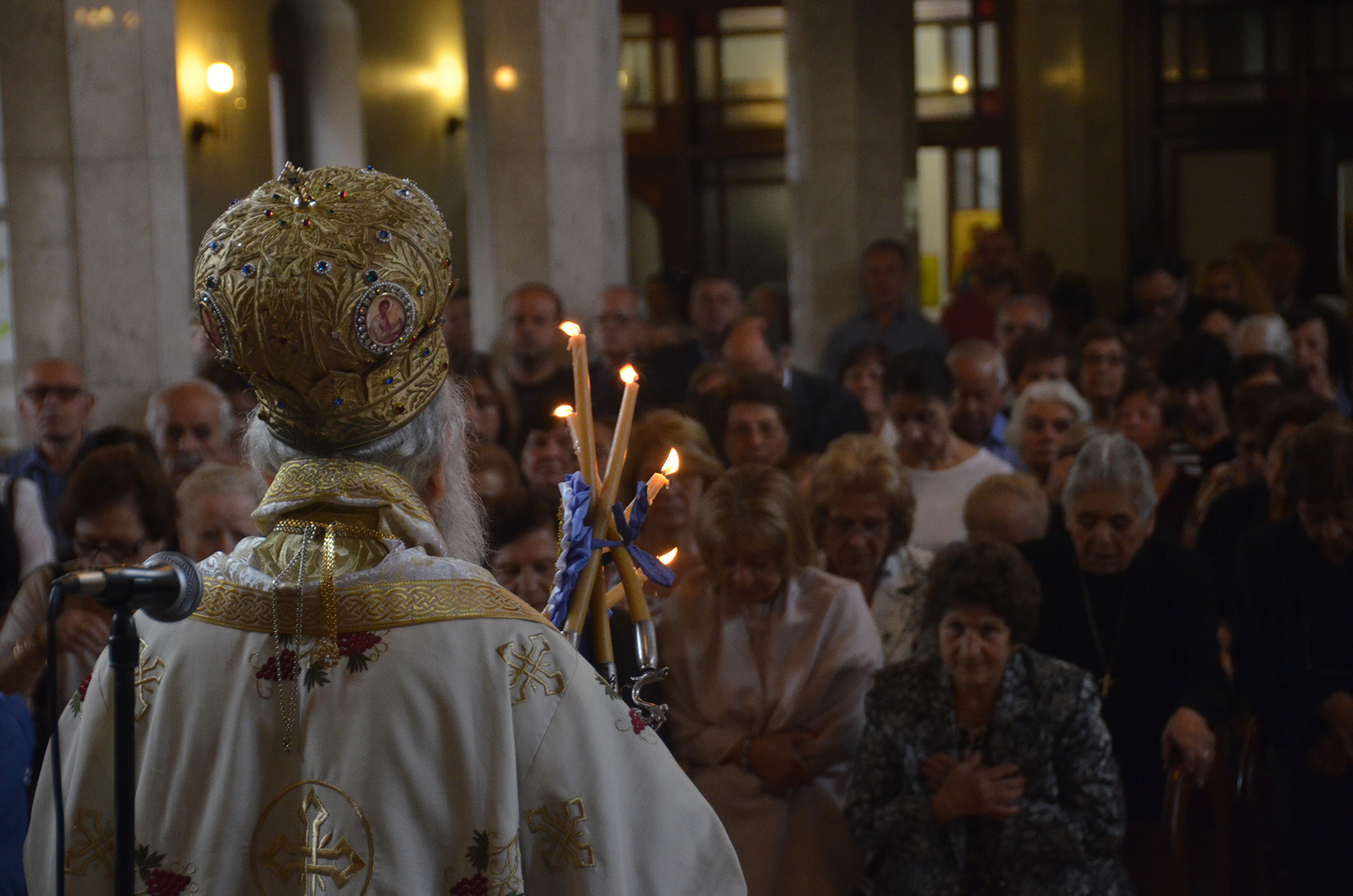