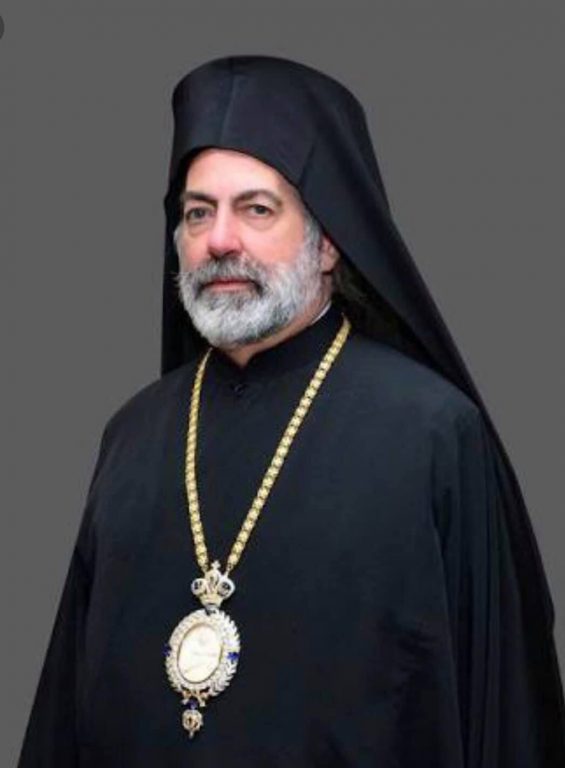 His Eminence Archbishop Nikitas (Lioulias) was born in Tampa, Florida to Constantine and Kaliope Lulias. He was active in the church throughout his youth along with his brother, John, who is a renowned teacher and scholar of Greek Folk Dance. Following high school, Archbishop Nikitas studied at the University of Florida where he earned a Bachelor of Arts with Honors in 1976. He then enrolled at Holy Cross Greek Orthodox School of Theology, graduating in 1980 with a Master of Divinity with Honors. Archbishop Nikitas pursued additional graduate studies at the University of Thessaloniki for two years. He was a Rotary International Graduate Scholar from 1980 – 1981 and a Graduate Scholar, Ministry of the Exterior, Greece, from 1981 – 1982. He further studied the Russian language at the St. Petersburg Theological Seminary in Russia, from late 1992 to mid-1993.

Following his ordination to the priesthood, he was assigned as the Associate Pastor at Saints Constantine and Helen Greek Orthodox Cathedral in Merrillville, Indiana. In 1987, he became the Chancellor of the Greek Orthodox Diocese of Chicago, Illinois, and later served at the parish of Saint Demetrios in Chicago. During this same time he also served as a Lecturer in Orthodox Theology at Loyola University in Chicago.

Archbishop Nikitas was elected by the Holy and Sacred Synod of the Ecumenical Patriarchate to serve as the Metropolitan of Hong Kong and Southeast Asia, a position he held from December 1996 through August 2007. While in Hong Kong he also served as a Lecturer in Orthodox Theology and Liturgy at the Holy Spirit Catholic Seminary in Hong Kong from 1999 – 2007.

Upon his appointment as the Director of the Patriarch Athenagoras Orthodox Institute (PAOI), he was named Metropolitan of the Dardanelles and a Hierarch of the Ecumenical Throne. He served at the PAOI from 2007 – 2019, where he was also a Lecturer in Orthodox Theology.

Archbishop Nikitas serves the Mother Church in Constantinople in numerous important areas including: Coordinator of the Patriarchal Task Force on Human Trafficking and Modern-day Slavery; Chairman of the Committee on Youth for the Ecumenical Patriarchate; and Co-Chair and Steering Committee member of the Elijah Inter-Faith Foundation. He has also received numerous commendations for his involvement and leadership in interfaith dialogue.

Archbishop Nikitas is well-known in the Metropolis of San Francisco having served for an extended period at the parishes of Ascension Cathedral in Oakland and Saint Nicholas Church in San Jose. He also visited many other communities on the west coast and is respected as a strong leader and visionary for the Orthodox Church.

A gifted preacher and teacher, Archbishop Nikitas is fluent in English, Greek (Koine, Katharevousa, and Demotic), and Russian.  He also has a working command of Latin, Church Slavonic, and Spanish.

His Eminence Nikitas was elected Archbishop of Thyateira and Great Britain on 12 June 2019 and was enthroned on 29 July 2019 at the Cathedral of St Sophia Bayswater, in Central London.